I actually got out of my backyard to take pictures this weekend — not too far, though. Just about a half mile down the road there is a little lake community (that’s what we call it, it might have an actual name) with a run down park and a bunch of houses, some little and run down, others are large and new (my favorite is a tiny little house covered in purple asphalt shingles). I’ve taken pictures there before (the eyes in my banner are from a climbing thing in the park), Saturday I took two rolls of film with the Mamiya (don’t get excited, that’s 24 frames, two of which were blank), and developed and scanned them on Sunday. Practically the speed of digital! 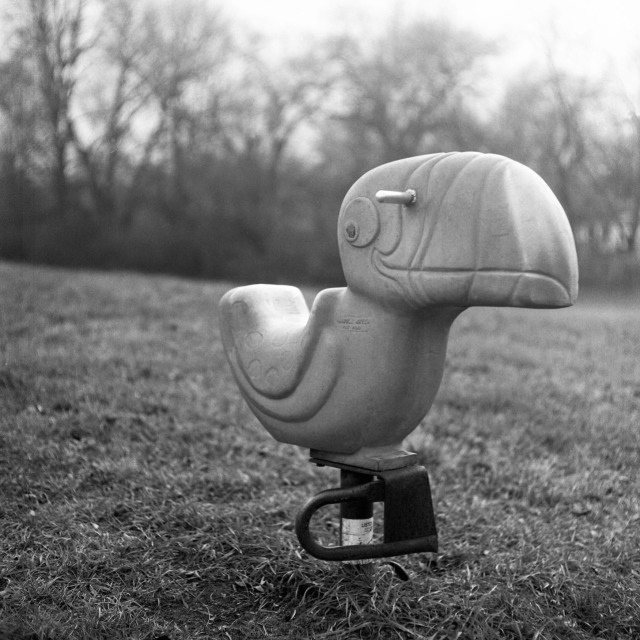 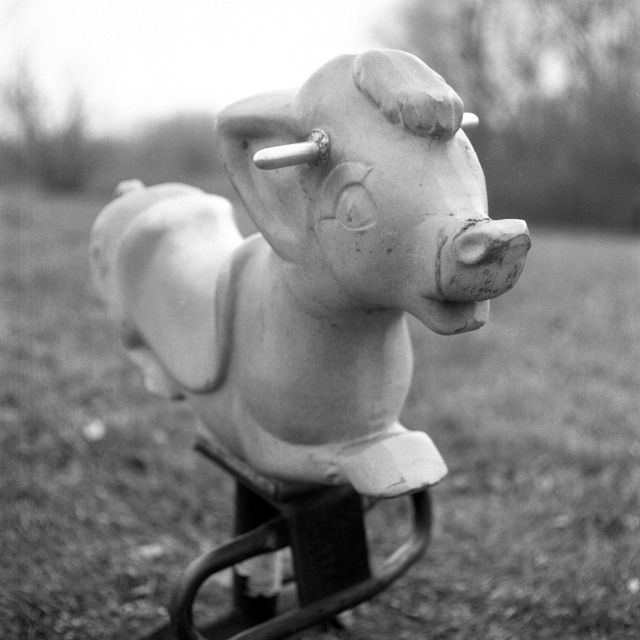