Last weekend I experimented with still life and a different developing technique. The still life experiment didn’t go very well and the jury is still out on the developing. These were all taken with the Mamiya. 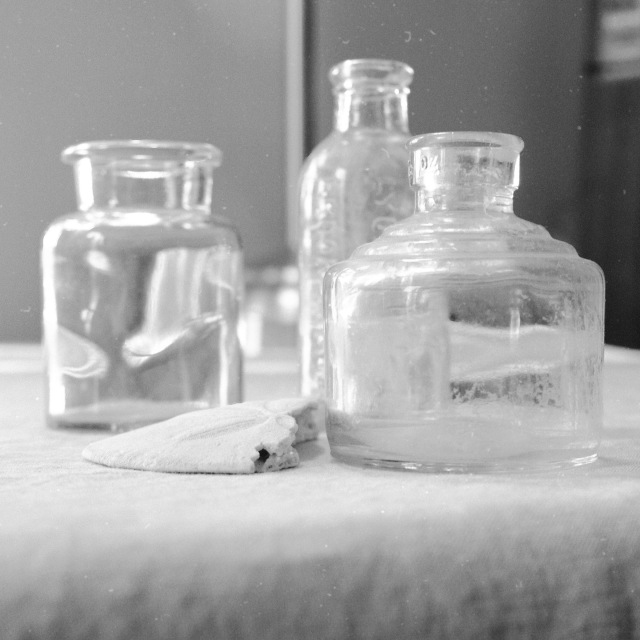 For the above, I used Kodak TMax ISO 100 and developed the negative in Rodinal/Adonal* at a 1+50 dilution for 7.5 minutes. I’ve read various opinions over at Flickr about the merits or lack thereof of developing TMax in Rodinal, mainly that there is a grain problem. These seem fine to me. 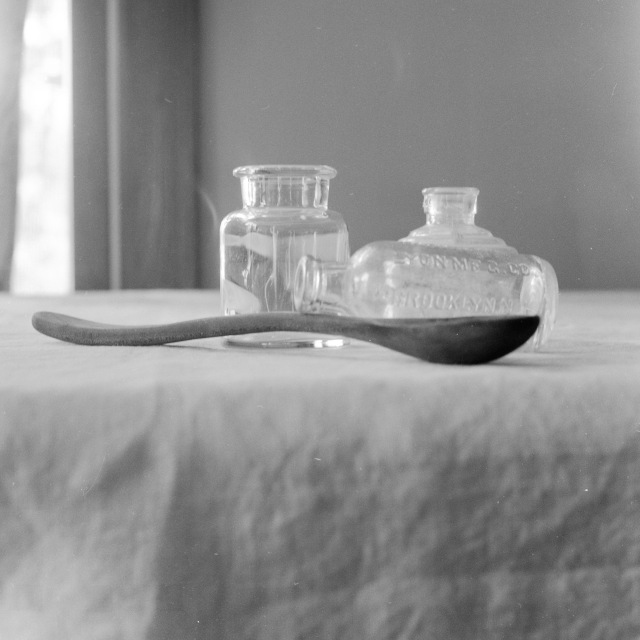 These three were taken on Efke (from Croatia), ISO 50. I wanted to try my hand at a technique called stand development. I diluted the Rodinal to 1+100 (1 part Rodinal and 100 parts water), put in the negative, agitated gently for 30 seconds then let it sit for an hour (with a gentle agitation at 30 minutes). I had some problems getting the negative onto the reel, it is very thin and I was using a changing bag which was making my hands sweat. Also something happened in camera, you can see in the top photo that the film backing is showing through, or something. Otherwise, I don’t know. The pictures themselves aren’t great and the developing technique neither helps nor hinders. Aside from the crinkling, I’m not sure I see a difference between these and the TMax.

File these under try again.

*Rodinal is an old formulation which is now being made under the name Adonal. Almost no one refers to it as Adonal, which I suppose makes sense when one is talking about an anachronistic product, but confusing nonetheless.