We got a lot of snow last week and I stayed home and took a lot of pictures of it, a few of which worked out (I would have had more, but for a developing issue). 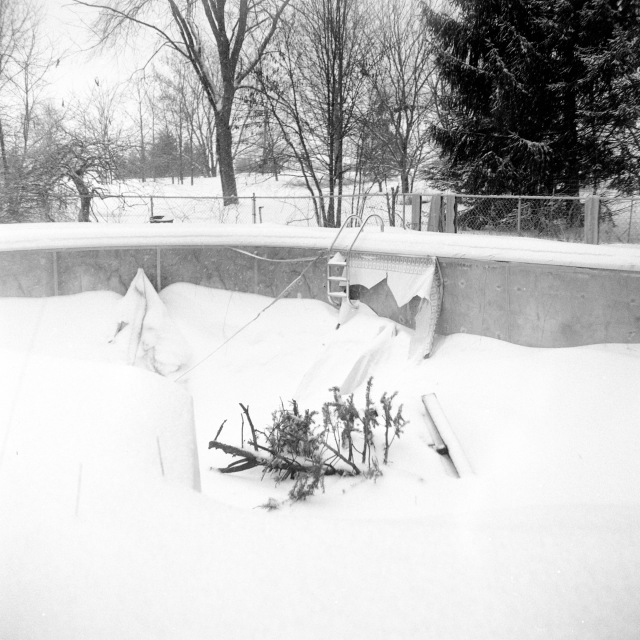 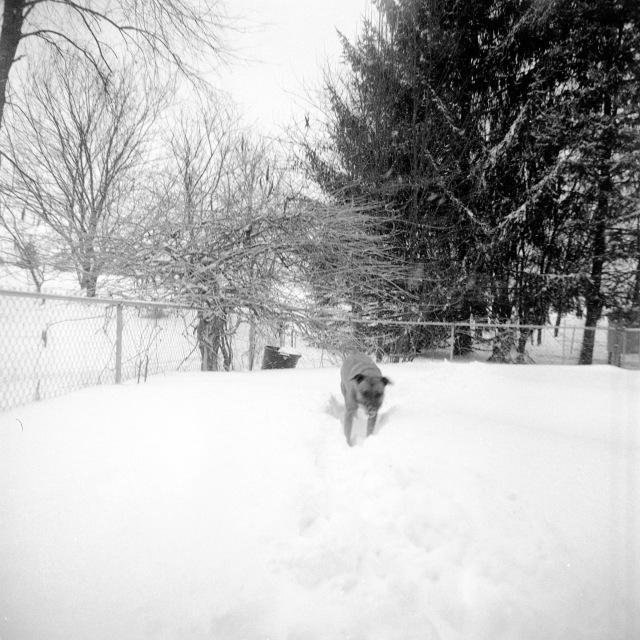 These two were taken with the Argus and are the only two that worked at all because of two factors: I don’t think I was focusing very well (I have to guess at how far away things are and I am not good at that), and the film was winding very loosely onto the spool which I discovered upon opening the back of the camera (120 film doesn’t come in a light tight cartridge, but a roll with black paper backing which is fine under most conditions unless it winds incorrectly). I know why the last vestiges of the Christmas tree are in the pool, but my family already thinks Len is kind of nuts, so best not to explain. 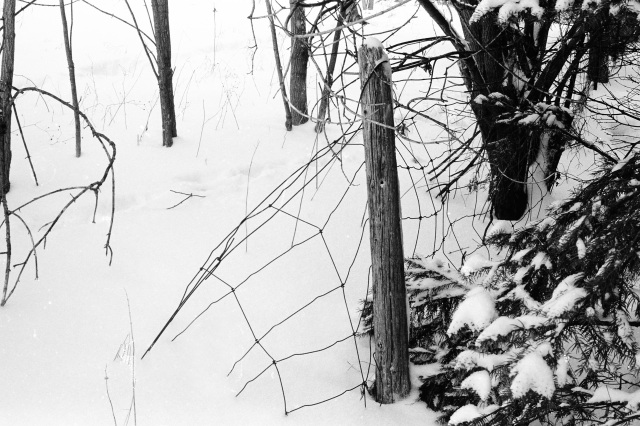 These were all taken with the Nikon F3 with Kodak TMax 100 ISO and developed in Rodinal 1+50 for 6.5 minutes. Unfortunately, the film should have been left in the developer for 7.5 minutes. These are ok, but it’s hard to tell if exposure problems with others were in camera or developing. Thinking about it, I remember deliberately going with slight overexposure while taking the pictures as it was quite overcast and I wanted white snow (rather than gray). Ah well.